Blakely Island, located within the Puget Sound in Washington state, is approximately seven square miles in area and includes two freshwater lakes: Horseshoe Lake and Spencer Lake. Spencer creek, a fresh water creek, flows from Spencer Lake into Thatcher Bay. The island has a high point of approximately 1,000 feet and is accessible through a short hike to Blakely Peak. 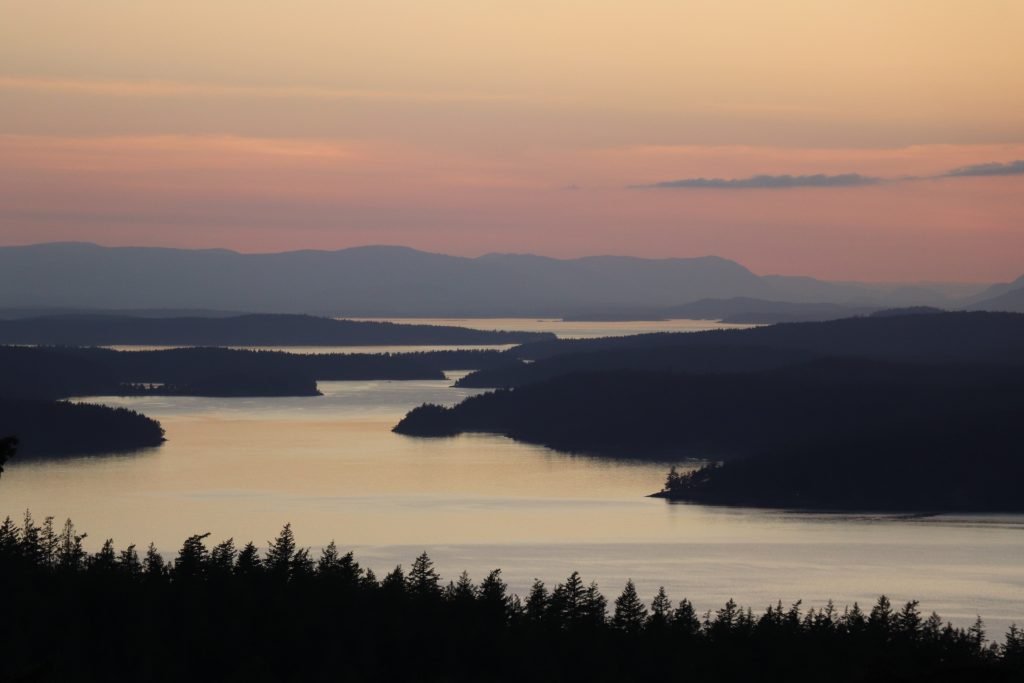 The land surrounding the island consists of kelp forests, seagrass, and habitats that are part of the neritic zone lying below the low-tide mark but still shallow and close to shore. The habitats support a variety of seaweed, marine mammals, invertebrates, and fish.

The forests and bodies of water on the island are home to river otters, bats, kingfisher birds, bald eagles, and many kinds of plants.

Blakely Island was named by Charles Wilkes during his exploratory expedition of 1838-1842. Wilkes’ group explored the Pacific Northwest coast, including Puget Sound and the San Juan Islands in 1841. In honor of Johnston Blakely, an American officer who served in the United States Navy during the Quasi-War with France and the War of 1812, the island was named after him. He is considered to be one of the most successful American naval officers of that period.

Thatcher Bay, on the east coast of the island was the location of seasonal Samish Tribal villages. Native Samish people regularly camped at the southern edge of the island. While settlers arrived in the late 1800s, and founded the sawmill town of Thatcher near Spencer Lake. During the territorial period, it was considered the “mill town” of Thatcher. The town declined in residency in the 1950s, resulting in the majority of the island being sold to private individuals. The individuals went on to build a private marina and airstop for private use. Land in the central and southern part of the island was purchased by Thomas Crowley. 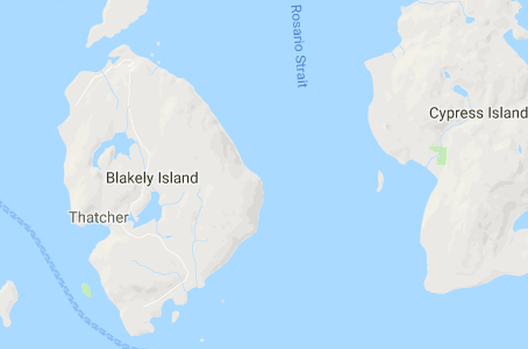 In 2014, toxic pilings of carbonaceous chemicals formed by the distillation of various tars and pyrolysis of plant-derived material (ex; wood or fossil fuel) left over from earlier time periods were removed from the waters of Thatcher Bay. Thatcher Bay is separated from Cypress Island which is the westernmost part of Skagit County, approximately halfway between the mainland and San Juan County to the east by Rosario Strait. Thatcher Bay’s population was approximately 56 persons.

There is no public access or ferry service to Blakely Island. The only way to access the island is arriving at the marina by boat, or by private plane that is available exclusively to property owners. The only service available on Blakely Island is a general store that is located at the marina upon arrival, and is only open seasonally. Seattle Pacific University runs a 967 acre field station that includes a laboratory on the island. 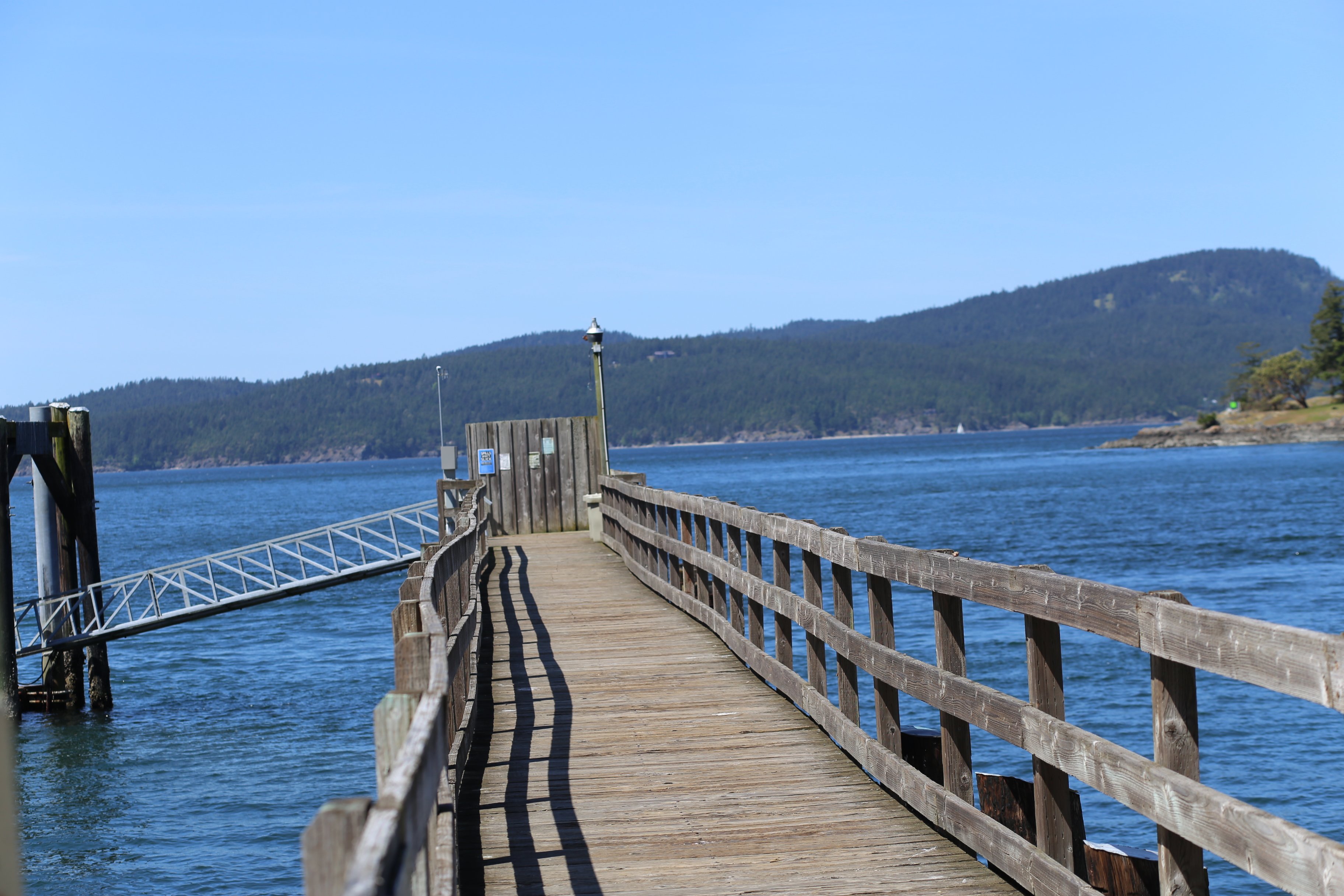 In 1976, Thomas B. Crowley donated 967 acres of wilderness land on Blakely Island to Seattle Pacific University.

The Thomas B. Crowley laboratory is the main building on the SPU property, and was completed in February 1984. The building was built with the intention of blending in with its surrounding habitat. The building includes a laboratory space, residences, and a dining area for faculty and students. 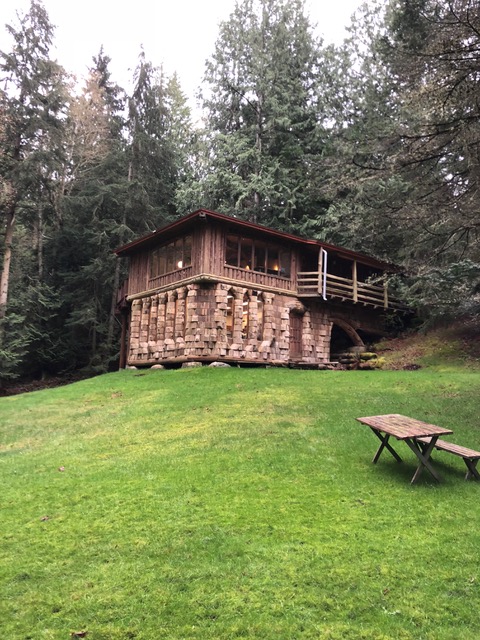 The building was named after Crowley who donated the property, and the funds to be put towards construction of buildings on it. An endowment was started by the Crowley family and has had other contributors since donate towards the operation of the Blakely Field Station today

Crowley specified that the property is to be used to provide students with an opportunity to study an authentic wilderness environment. SPU agreed to his condition, and formed a mission statement to honor it.

The mission statement reads: “To support excellence in education and research in field-based environmental and physical sciences while supporting the preservation and wise use of Blakely Island ecosystems.”

At the dedication service on May 5, 1984, SPU’s Vice President Joe Constance said, “The new Crowley Laboratory is dedicated to the preservation of Blakely Island’s beauty and the environmental education of the students.” 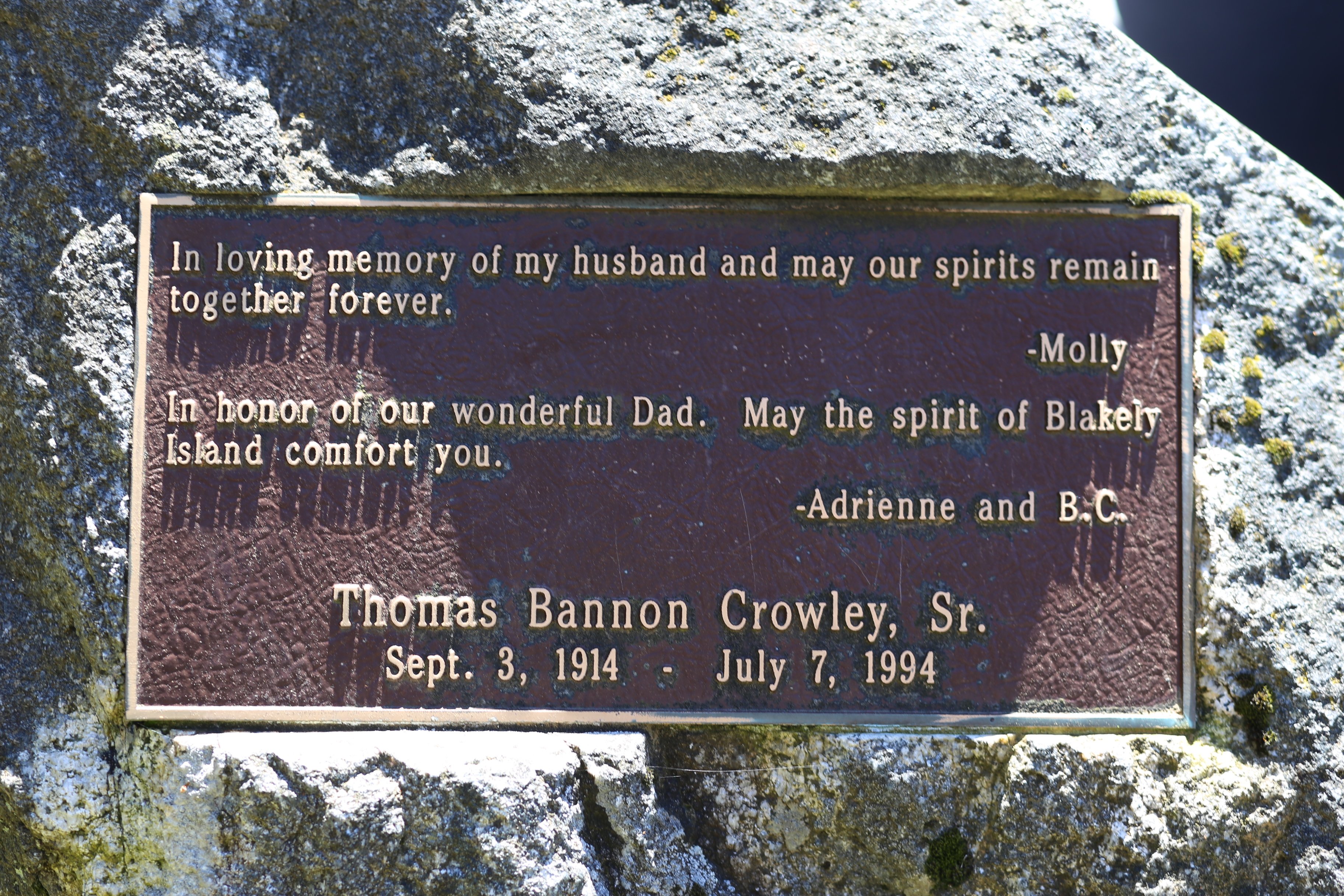 In 1977 after the SPU was given right of the land, they began hosting classes in the field station. These classes consisted of natural science and environmental studies courses. 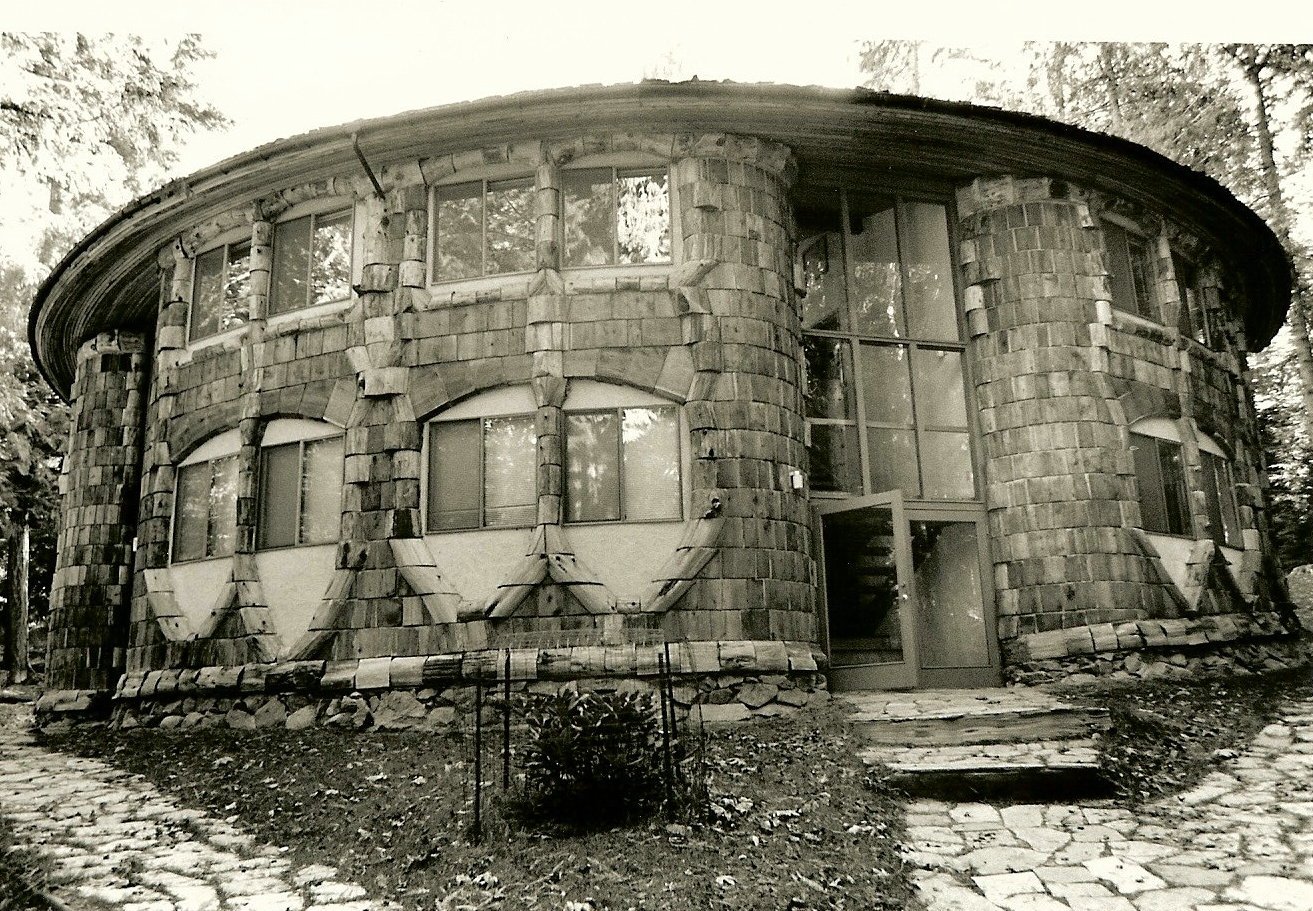 The Thomas B. Crowley laboratory was designed with small class sizes and independent research studies in mind. The space was particularly meant for courses in marine biology, geology, and independent field studies by SPU faculty members, and members of the Consortium of Christian Colleges and Universities. 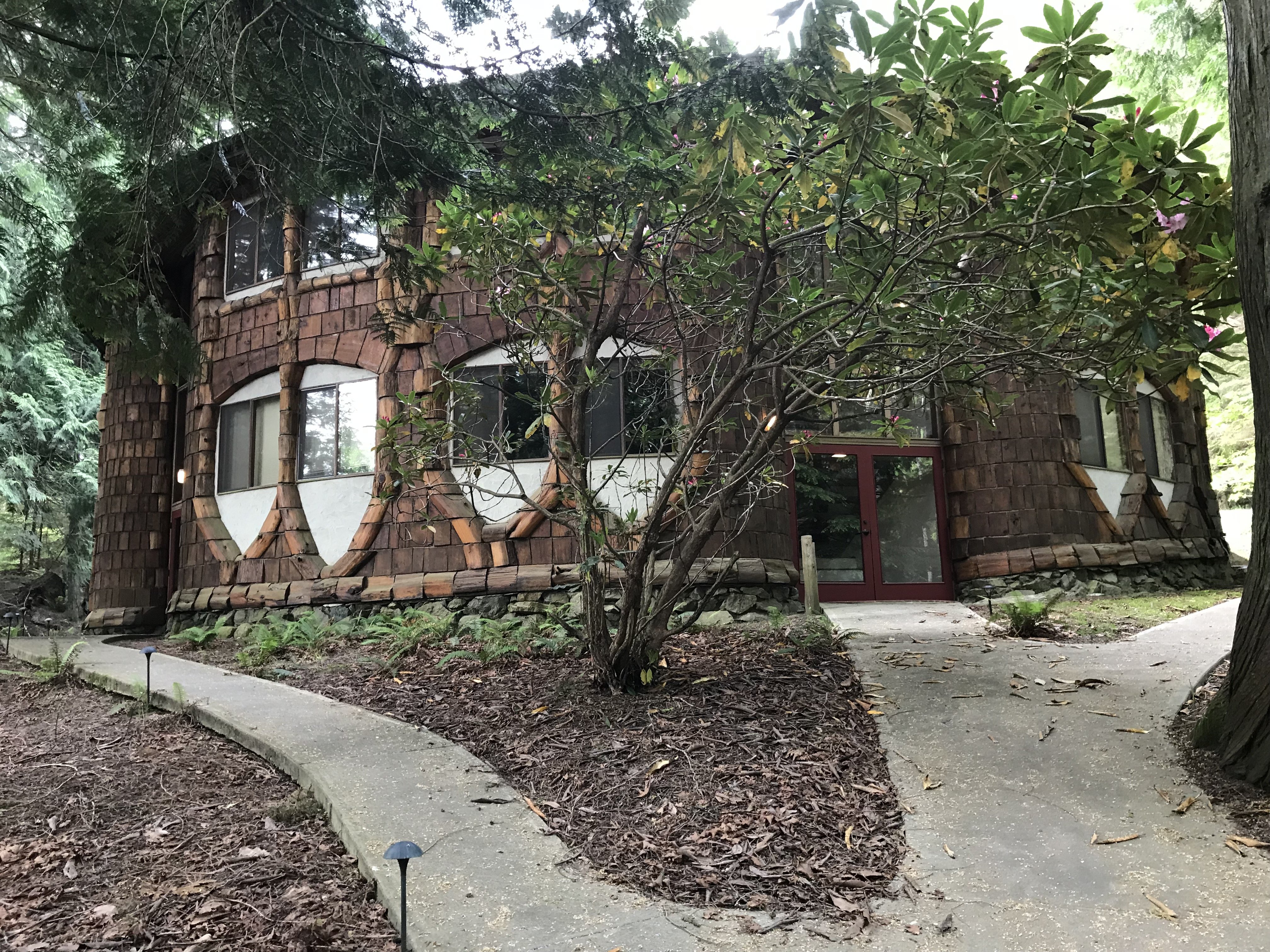 Thomas B. Crowley laboratory in 2018. By: Peg Achterman

In 1978, a team of  geologists from the University of Washington studied the composition of rocks on Blakely island and various other islands within the San Juan region. They discovered plagiogranite—the result of fractional melting above a rapid subduction zone. (It is commonly produced in volcanic arcs, and in cordilleran mountain building) dating back 170 million years, fine grained mudstone, and coarse-pebbled conglomerate.

The Blakely Campus has been the setting for academic endeavors in other fields besides sciences. In 1986, assistant professor of English, Rose Reynoldson taught a special writing course for adult learners on the island.

In 2018, a first for journalism, students were able to accompany biology professors Elena Brezynski, Eric Long, Tim Nelson who also serves as the director of the Blakely Island Field Station, Bruce Congdon, and Baine Craft alongside biology and integrated studies students on the weekend field experiences.